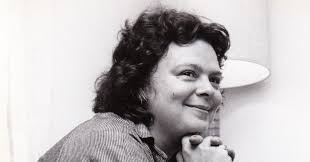 Michelle Cliff’s No Telephone to Heaven

Michelle Cliff’s novel “No Telephone to Heaven” follows the life of Clare Savage, a racially ambiguous woman from Jamaica with a middle class upbringing. Cliff takes readers through a journey of self identification, as Clare moves through places such Jamaica, New York and London. Clare moves to each of these different countries in hopes to find out who she is as a person and what she was meant to do in this world. Through augmentations of specific passages throughout No Telephone to Heaven, our focus was answering the following question: What factors affect Clare’s experiences in different parts of the world?

“Ruinate: This distinctive Jamaican term is used to describe lands which were once cleared for agricultural purposes and have now lapsed back into … ‘bush'” (1)

“These people-men and women- were dressed in similar clothes, which become them as uniform, signifying some agreement, some purpose-that they were in something together-in these clothes, at least, they seemed to blend together.” (4)

“Now, you wouldn’t by any chance be colored folks, would you?… Because if you’re niggers you can’t stay here. You ain’t welcome. It ain’t legal. … It doesn’t matter where you come from. Mars. Venus. Timbuktu.” (55).

“She dreamed she was on a clay road heading into a gully which at first seemed quiet and then gathered sudden strength. A car washed past her. Then some animals. Roots of trees were at once exposed and twisted by the force of the water. A cow dropped a calf as she became entangled in the once hidden roots. The water washed over them, taking alongside the placenta and the caul which wrapped the calf. The mother washed from her perch, but the calf stuck fast.” (71)

“The thirty-six-year-old woman Clare Savage is standing in the back of a truck climbing through the Cockpit Country. Her story is a long story. How she came o be here. For she had once witnessed for Babylon. Had been ignorant for the wildness of the Maroons. There are many bits and pieces to her, for she is composed of fragments. In this journey, she hopes, is her restoration. She has traveled for. Courted escape. Stopped and started. Some of the details of her travels may pass through her mind as she stands in the back of the truck- NO TELEPHONE TO HEAVEN. She may interrupt her memory to concentrate on the instant, on the immediate and terrible need.” (87)

“You knew her also as the girl left behind in the Brooklyn apartment. The albino gorilla moving through the underbrush. Hiding from the poachers who claim her and crush her in a packing crate against the darker ones offended by her pelt. Make ashtrays of her hands, and a trophy of her head. She covers in the bush fearing capture. Waiting for someone to come. Crouching. Not speaking for years. Not feeling much of anything, expect a vague dread that she belongs nowhere. She fills her time. In schools, playgrounds, other people’s beds. In pursuit of knowledge, grubs, and, she thinks, life. Her loss remains hidden- over time a fine thick moss covers her skin, she does not speak of it. She does not gather branches to braid into a nest. She moves. Emigrated, lone travel, the zoologist would have recorded. Time passes, the longing for tribe surfaces- unmistakable. To create if not to find. She cannot shake it off. She remembers the jungle. The contours of wildness. The skills are deep within her. Buried so long, she fears that may have atrophied. Distant treks with her dark-pelted mother. With a solid urgency they may emerge but she must also give herself to the struggle. She belongs in these hills. And she knows this choice is irrevocable and she will never be the same.” (91)

“I will take down the information and send it to the elementary school in your district.”
“I could do that”
“Not necessary. Our job….Race?” she met his eyes over her bifocals.
“White…. of course.” AS soon as it was out of his mouth, he realized his grave error in appending the “of course….
“He would call you white chocolate…. I mean, have you ever seen a child’s expression when he finds a white chocolate bunny in his Easter basket? He simply doesn’t understand…. he thinks it strange. I do not want to be cruel, Mr. Savage but we have no room for lies in our system. No place for in-betweens” (98-99).

“Time passes. Monday. September 16, 1963. Adjusted to America after a fashion, the girl Clare sits in a green room with red geraniums on the windowsill. Dark green shades flap against the glass. Her father calls this their adopted country. They have lived here for three years. Time passes. Her mother continues to write but her letters hold no resonance- she “keeps in touch.”” (99-100)

“What would her mother think of her on this truck? Of the task ahead of all of them? Could she love her for it” (104)

“This death came without warning. No dogs howled. Had they done so, the daughter would not have sensed the significant of their noise.” (104)

“One time she say she feel you would prosper here. she say is because you favor backra, and fe you Daddy. Don’t feel bad man” (105).

“A tongue she could not speak. She who was educated in several tongues, the mastery of which should have kept her from that truck and stifled her longing to know Coromantee.” (106)

Tacky (a Coromantee Chief) and the Coromantee people in battle during a rebellion. Google Search, Google, www.google.com/search?q=coromantee&rlz=1C1GGRV_enUS754US754&source=lnms&tbm=isch&sa=X&ved=0ahUKEwjWlbi1t5vfAhWGo1kKHSbeAeEQ_AUIDygC&biw=1280&bih=606#imgrc=iu1w8CoO5hc3BM:

“Clare Savage began her life-alone. Choosing London with the logic of a creole. This was the mother-country. The country whose by grace her people existed in the first place. her place could be here. America behind her, way-station. this was natural.” (109)

“She did not buy it because she did not want to pay the price—she had to conserve her money, she told herself—and couldn’t bring herself to bargain with the seller, knowing that her half-American, half-Jamaican intonation would draw comments and make her conspicuous, the last thing she wanted” (112)

“If the dead speak to you in a dream it means you will soon be amongst them. Was this her grandmother’s wisdom ? Her mother was standing next to the bed looking down at her daughter. Making as if to speak. Then drawing her hand across her mouth as if to wipe away her words.” (116)

“She took herself to High Holborn the next morning and declared herself a legal resident, showing them a savings book with the the remains of her uncle’s money, convincing them she would not sponge off the mother-country. The old lady had enough to contend with,without another Jamaican arriving unannounced, expecting to be clasped to her shrinking bosom.

Then again, you’re not at all like our Jamaicans, are you.” Clare nodded at this exemption, hoping the people in line behind her had not heard” (117)

“Now, if they had any sense of irony, or history, they would call this place Triangle Trade and be done with it. The tourist them would probably think it some sort of sailor’s preference back then.
…. Of course if they were really imaginative, girlfriend, they would hang some whips and chains on the walls, dress the waiters in loincloths , have the barmaid bare her breasts and call the whole mess the Middle Passage”(120-121).

“International Festival of Practitioners of Obeah, my dear chap” (125)

“Tell me something….you would feel as miserable if you saw darker, dirtier,wilder pickney getting Christmas stocking, being treated to the things they had never dreamed of?….” I mean, girlfriend, company, that both set are cast-offs and that is always sad, but wasn’t your own sadness partly because you didn’t expect these light, quiet, clean children to be unwanted? In our system, such children are born to be prized, loved; that is at least what we have been taught, no?… Why else trace the face, hair, the knees and elbows, almost to the point of birth” (126)

“‘I can agree, I can be agreeable, in five languages, you know.’ Her voice became cold. ‘I was raised by my father to be that way. To be the soft-spoken little sambo, creole, invisible neger, what have you, blending into the majority of ease.’ She had a sense he didn’t trust her in her skin, somewhere he did not believe she was what she said she was- why should he? ‘You know, there are people who look one way and think another, feel another. We ca be very dangerous, to ourselves, to other. Got to quell one side, honey, so I was taught. Amazing… amazing how the other side persists… I can also say ‘shit’ in five languages… perhaps that’s my mother influence. Like my persistence in drifting to the wrong side, what my father would consider the wrong side, what most of my family wonder consider the wrong side. Who knows? As time passes my mother becomes harder and harder to bring back- but I know… I feel she would approve of me,,, the way my sentiments seem to lie.’” (152)

“We are supposed to be remembering 167 old women who burned up in a fire started by some bastard.” (160)

He kills the husband on the face of fire

He kills the wife on the hearth

He kills the little people who flee outside

Even with water present in the house

“I have educated myself since my return. Spoken With the old people… Listened to the stories about Nanny and taken them to heart” (193)