At this part in the book, Clare is in school and the day before, there was a devastating bombing that claimed the lives of 4 young girls and had injured 22 others.  4 white supremacists had planted at least 15 sticks of dynamite beneath the church.  Birmingham, Alabama was a festering pool of racism and this attack wasn’t an anomaly during this time.  Three of the girls,  Addie Mae Collins, Cynthia Wesley, and Carole Robertson were 14 years old and the youngest was Denise McNair who was 11.  The FBI knew that the bombing had been done by white supremacist, but trials hadn’t started until 1977 with the most recent trial being conducted in 2001 and 2002 where they were sentenced to life imprisonment, even though they were already in their late 70’s.  The girls have been memorialized through a movie called “4 Little Girls.” 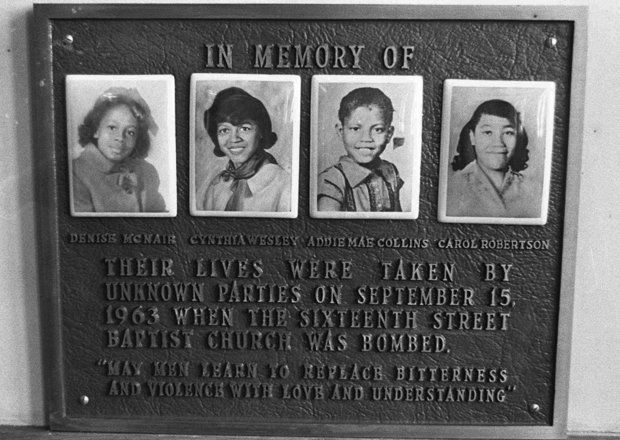 ← Previous Post
Pilgrim →
Need help with the Commons? Visit our
help page Send us a message
Skip to toolbar