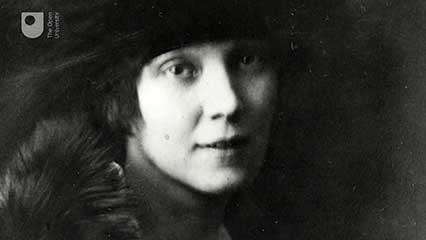 Jean Rhys’s Voyage in the Dark 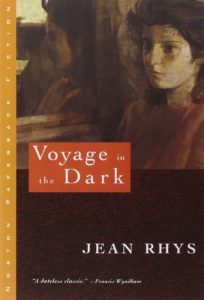 Thesis statement: “How does London influences on a foreigner helps the foreigner feeli like they belong?

Sub-questions: “How were Anna’s decisions influenced by the way the Londoner’s treated her?”

It was as if a curtain had fallen, hiding everything I had ever known. It was almost like being born again. The colours were different, the smells different, the feeling things gave you right down inside yourself was different. Not just the difference between heat, cold; light, darkness; purple, grey. But a difference in the way I was frightened and the way I was happy. I didn’t like England at first. (7)

“We had good rooms. The landlady had said, ‘No, I don’t let to professionals,’ But she didn’t bang the door in our faces, and after Maudie had talked for a while, making her voice sound as ladylike as possible, she had said, ‘ Well, I might make an exception for this time.’ Then the second day we were there she made a row because we both got up late and Maudie came downstairs in her nightgown and a torn kimono. ‘Showing yourself at my sitting-room window ‘alf naked like that,’ the landlady said. ‘And at three o’clock in the afternoon too. Getting my house a bad name.’ (9)

“Thinking how cold the street would be outside and the dressing-room cold too, and that my place was by the door in draught. It always was. A damned shame. And about Laurie Graynor, who was dressing next me that week. The virgin, she calls me, or sometimes the silly cow. (‘Can’t you manage to keep the door shut, Virgin, you silly cow?’) But I like her better than any of the others. She’s a fine girl. She’s the only one I really like. And the cold nights; and the way my collar-bones stick out in my first act dress. There’s something you can buy that makes your neck fat. Venus Carnis. ‘No fascination without curves. Ladies, realize your charms.’ But it costs three guineas and where can I get three guineas? And the cold nights, damned cold nights.” (16)

“I wrote and said I couldn’t dine with him on Monday, because I had a previous engagement. (‘Always say you have a previous engagement.’) But I said I could on Wednesday, the 17th of November, and I gave him the address of the room I had taken in Judd Street. Laurie Gaynor said, ‘Tell him to borrow the club tin-opener. Say ‘’P.S. Don’t forget the tin-opener’’.’ ‘Oh, leave her alone,’ Maudie said. ‘That’s all right, ‘Laurie said. I’m not troubling her. I’m teaching her etiquette.” ‘She knows I’m a good old cow,’ Laurie said. ‘A lot better than most of the other old cows. Aren’t I, what’s your name-Anna?” (19)

When I thought about my clothes I was too sad to cry. About clothes, it’s awful. Everything makes you want pretty clothes like hell. People laugh at girls who are badly dressed. Jaw, Jaw, jaw . . . . ‘Beautifully dressed woman . . . .’ As if it isn’t enough that you want to be beautiful, that you want to have pretty clothes, that you want it like hell. As if that isn’t enough. But no, it’s jaw, jaw and sneer, sneer all the time. And the shop-windows sneering and smiling in your face. And then you look at the skirt of your costume, all crumpled at the back. And your hideous underclothes. You look at your hideous underclothes and you think, ‘ All right, I’ll do anything for good clothes. Anything – anything for clothes.’ (25)

“The landlady came up from the kitchen. ‘You’ll be well enough to leave tomorrow, won’t you, Miss Morgan?’ ‘Yes I said. ‘That’s all I wanted to know,’ she said. But she stayed there staring at me, so I went outside and finished putting on my gloves standing on the doorstep. (A lady always puts on her gloves before going into the streets.) (34)

‘When I sent you that money I never meant – I never thought I should see you again, ‘ he said. ‘I know, but I wanted to see you again, ‘ I said. Then he started talking about my being a virgin and it all went – the feeling of being on fire – and I was cold. ‘Why did you start about that?’ I said. ‘What’s it matter? Besides, I’m not a virgin if that’s what’s worrying you.’ ‘You oughtn’t to tell lies about that.’ ‘I’m not telling lies, but it doesn’t matter, anyway, ‘ I said. ‘People have made all that up.’ ‘Oh yes, it matters. It’s the only thing that matters,’ I said. ‘ All that’s made up.’ (36)

“He came into the room again and I watched him in the glass. My handbag was on the table. He took it up and put some money into it. Before he did it he looked towards me but he thought I couldn’t see him” (38)

“He was saying ‘You’re a perfect darling. but you’re only a baby. You”ll be all right later on. Not that it has anything to do with age. Some people are born knowing their way about; others never learn. Your predecessor'” (51).

“And when I wrote and asked your uncle to help to keep you at school for a year because you ought to have some sort of decent education if you were going to earn your living and a term wasn’t  long enough to make any impression or do any real good…” (63).

“‘My idea of a gentleman an English gentleman doesn’t have illegitimate children and if he doesn’t flaunt them” (64).

“The thing about Francine was that when I was with her I was happy. She was small and plump and blacker than most of the people out there, and she had a pretty face. What I liked was watching her eat mangoes. Her teeth would bite into the mango and her lips fasten on either side if it, and while she sucked you saw that she was perfectly happy. Where she had finished she always smacked her lips twice, very loud- louder than you could believe possible. It was a ritual” (68).

“I hate dogs‘ I said …’I don’t know what’ll become of you if you go on like that’ Hester said. ‘Let me tell you that. People won’t like you. People in England will dislike you very much if you say things like that’ ‘I don’t care,’ I said. But I began to repeat the multiplication-table because I was afraid I was going to cry” (71).

“Couldn’t they have got an English girl to do it? It was just because she had this soft, dirty way that foreign girls have. And she struck red curls on her black hair and she didn’t care a scrap… English girl wouldn’t have done that” (109).

Why don’t you cut your hair? You ought; it would suit you. Heaps of girls in Paris have their hair cut, and I bet they will here too sooner or later. And false eyelashes, my dear, sticking out yards-you should see them. They know what’s what , I tell you. Are you coming tonight? Would  you like to? I’m sure you’ll go well with Carl because you look awfully young and he likes girls that look young. But he’s a funny cuss. He only cares about gambling really. He’s found a place in Clarges Street. He took me the other day-I won nearly twenty quid. He’s got a business in Buenos Aires. Joe’s his secretary.’ I said, ‘I can’t come in this dress. It’s torn under the arm and awfully creased. Haven’t you noticed? That’s why I keep my coat on. I tore it like the last time I took it off.’ It was my black velvet dress that I had on. ‘I’ll lend you a dress,’ she said. (117).

She said, ‘Well, Carl, What do you think of my little pal? Don’t you think I found a nice girl for you?’ ‘A peach,’ Carl said in a polite voice. ‘I don’t like the way English girls dress,’ Joe said. ‘American girls dress differently I like there way of dressing better.’ (118)

“The man knocked at the door and brought in the whiskey. ‘Oh, go on, ‘ Laurie said. ‘London’s not so bad. It has a certain gloomy charm when you get use to it, as a man I know said.’ He’s right about the gloom, ‘ Joe said. Laurie began to sing Moonlight Bay. ‘You have stolen my heart, So don’t go away.’ I said, ‘I’ll have a whisky-and-soda. Why are you leaving me out?’ I drank half the glass and then I felt very giddy. I said, ‘I’m going to lie down. I feel so damned giddy.’ I lay down. As long as I kept my eyes open it wasn’t so bad”(123).

I was thinking, ‘Well, what a night! My god, what a night!’ We got into the street. All the houses seemed to be hotels. The Bellevue, the Welcome, the Cornwall, the Sandringham, the Berkeley, the Waverley… All the way up. And, of course, spiked railings. It was a fine day. The mist was blue instead of grey. (128)

I said, ‘I shall have to come back with you to get my dress. I’m sorry.’ ‘Well, I didn’t say you couldn’t, did I? Laurie said. She stopped a taxi. When it had started she said, ‘Swine!’ ‘D’you mean me? I said. She said, ‘Don’t be a fool. I meant the bloody bobby.’ ‘Oh, I thought you meant me.’ ‘What you doesn’t concern me,’ Laurie said. ‘I think you’re a bit of a fool, that’s all. And I think you’ll never get on, because you don’t know how to take people. After all, to say you’ll come out with somebody and then go to get tight and start a row about nothing at all isn’t a way to behave. And besides, you always half-asleep and people don’t like that. But it’s not my business.’ (128)

What d’ you want to stay here for, if you don’t like it? Who wants you here anyway? Why don’t you clear out?’ ‘I can’t swim well enough, that’s one reason,’ I said. ‘Christ,’ She said, ‘you’re a funny turn, aren’t you? Well anyway, I haven’t got any money to give you back, so it’s no use expecting any.’ ‘All right,’ I said, ‘you can keep the money. There’s lot more where that came from. Keep the change.’ ‘Keep what change?’ she said. ‘Who are you insulting?’ She was standing with her back to the door so that I couldn’t get by. ‘The thing about you,’ she said, ‘is that you’re half potty. You’re not all there; you’re a half- potty bastard. You’re not all there; that’s what’s the matter with you. Anybody’ only got to look at you to see that.’ (145)