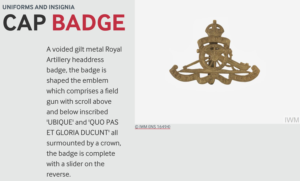 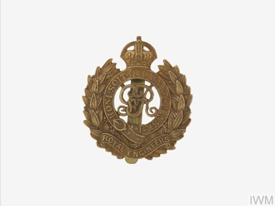 Some might wonder why Septimus served in the World War? One can infer the reason for helping in the war is to defend your country and be proud of who you are. These soldiers want to take pride and protect their country at any cost. Others served in the war because they gained a sense of identity and importance. The uniform of a more solid contains 2 or more badges. “The purpose of the badges is to identify information about the individual quickly, in particular, the rank held, so all serviceman can respond according to military rules when they meet a higher, equal or lower rank. However, metal badges were soon found to be impractical in the trenches – it was quickly learned that anything shiny could glint and attract enemy attention, and badges were often removed altogether. Cloth versions were introduced, especially of shoulder titles. Identifying a First World War military badge can be relatively straightforward if you can hold the badge in your hand, or see it clearly in a portrait photograph. Some designs relate to the function of the corps or regiment that the badge belongs to. Here on the Royal Artillery cap badge, a gun is incorporated into the design. The badge overall is a distinctive triangular shape and easily identified, even in a blurred photograph. However, some units had very similar cap badges which can be hard to differentiate – this example is the Royal Engineers cap badge, whose wreath-style looks like many other round-shaped badges when it is even slightly blurred.”

← To love makes one solitary
Dogs →
Need help with the Commons? Visit our
help page Send us a message
Skip to toolbar