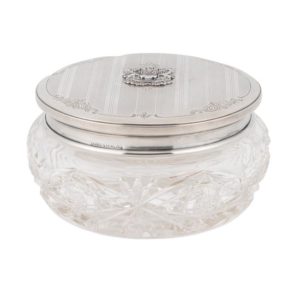 \x0d\x0a\x0d\x0aFacial powder has been used for centuries now, and its purpose is to conceal. Facial powders have been traced back to the Egyptian Era, alongside other cosmetic products. The facial powder was used to conceal ones look and to “make them more attractive.” During the Prehistoric times, trying to appear white was considered beautiful. Countries like Mesopotamia, Japan, and Egpyt would powder their faces, and use other cosmetic products on a daily basis. Only those of a higher class were able to purchase and wear these items.\x0d\x0a\x0d\x0aThe powder box above was made by Henry Birks and Sons. This item was created during the year 1944, specifically for an individual named Helen Hayes. Inside the powder box, there was, of course, the powder and a round sponge. Additionally, this powder was made in Canada.\x0d\x0a\x0d\x0a 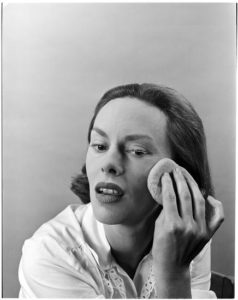 A powder box was a girl’s best friend during the 1900s, but only a few were able to have it. Those of high status were able to wear powder whenever they wanted to. Those of the lower class, slaves and minorities, were unable to use it for multiple reasons. The first was because they were poor, and second, there was only one shade during this time, which was a lighter shade.

← Judd Street
New World →
Need help with the Commons? Visit our
help page Send us a message
Skip to toolbar