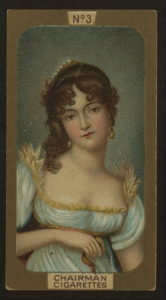 “He was saying ‘You’re a perfect darling. but you’re only a baby. You”ll be all right later on. Not that it has anything to do with age. Some people are born knowing their way about; others never learn. Your predecessor’” (51).

Amongst this statement that Vincent said about Anna, he portrayed her as a child since there were things that he would understand yet Anna did not. Vincent refers to Anna to be a predecessor which he could have been the indication that he knows what his friend Walter’s intention was with Anna. Vincent probably witnesses numerous of times how Walter would charm a woman to have sex with her and left her once he got what he wanted and because Anna was almost the youngest person that Walter pursued, Vincent must have felt pity for her. When Vincent mention “people are born knowing their way about” this could have been a reference to Anna’s knowledge if it knew that she was view as a prostitute to Walter. Vincent was mostly afraid to Anna and the truth and assumed that she would find out on her eventually.

In addition, this quote can be associated with the idea and Anna is a nineteen girl who always surrounded by adults but never amongst people her own age. In Jean Rhys’ novel “Voyage in the Dark,” Anna’s stepmother Hester always assign the word “child” to Anna whenever Anna does something that she is not fond over . Also, Hester blame always talks about the West Indies and Anna’s family in a negative light to which she assumes that Anna grows up childish because of her to where and who grew up with.  In Mary Hanna’s essay, “White Women’s Sins or Patterns of Choice and Consequence in the Two Endings of “Voyage in the Dark,” she mentions that,

“The speaking voice in the original immediately shifts again: “she’s a
dreadful girl” (Hester’s judgment/English judgment of Anna as child/woman/
fallen woman) is linked to Hester’s assessment that “she’s a funny child”
(different) and is locked to Anna’s rejection for being “dreadful” (odd, diffi
cult, not-English, like Francine who is also “dreadful” 56). Hester continues:
“what’s going to become of that girFrequentlyl I wonder but there you are what can
you expect” — the stepmother’s negative judgment of the difficult/differ
ent child who is fated to come to a bad end because she is Creole (“what
can you expect”)” (137)?

In this explanation, Hanna state that Hester view everything wrong about Anna because who and where lived. Normally Hester brought Anna to London to have a better life for herself yet not much has change in Anna’s behavior because she would still act childish. However, in certain cases Anna tries to act mature when she with her acquaintance in London. This refers back to the thesis of how Anna’s personality change because of the influence of London since the people that Anna associate herself where all adult. For Anna, she had to change her attitude to match the persona of the Londoners to casually talk and associate herself with them. Although there are same when Anna would have a childish attitude at the time, it is not as worse as it could have been if it was in the West Indies with her family.

← Foreign
To love makes one solitary →
Need help with the Commons? Visit our
help page Send us a message
Skip to toolbar