Septimius, lately taken from life to death, the Lord who had come to renew society, who lay like a coverlet, a snow blanket smitten only by the sun, forever unwanted, suffering forever, the scapegoat, the eternal sufferer, but he did not want it, he  moaned, putting from him with a wave of his hand that eternal suffering, that eternal loneliness ( Woolf 25).

Regents park Is one of the most common places in the novel Mrs. Dalloway that the characters seemed to visit. It seems to be that Regent park is in way the center which the novel most commonly takes place. Regents Park is one of the largest public parks in London. By showing these characters in this specific park. Woolf is seen to show Septimius unable to deal with his anxiety around other people in such as public place and also shows Rezia unable to cope with her husband’s actions. Lucrezia Warren Smith was sitting by her husbands side in Regents Park when a plane was above them spelling out something in the sky. Due to Septimius’s paranoia that he has from post war, he seems to go mad at the park. People often go to a park to relax but for Septimius, there was no relaxing when you have to live life in a constant state of fear. Septimius and Rezia go to Regents park to catch some fresh air but ultimately after a plane flies above them, Septimius begins to have uncontrollable horrid thoughts that make him go made in the park. Rezia mentions “ she could not sit beside when he stared so and did not see her; made everything terrible; sky and tree, children playing. All were terrible (23). “ Regents Park is known to be one of London’s great landmarks according to.. but it also goes to show that despite wherever one may be, their illness can take over them at any given moment due to having certain triggers. This scene goes to show that illness not only affects the person who has one, but it also affects the people around them. Rezia then cried “ I am alone; I am alone! By the fountain in Regents Park ( staring at the Indian and his cross) (24). “ Rezia seems to be heavily affected by her husband’s mental illness because she is unable to go to Regents park without worrying if her husband will have an outburst. Although people spend the day walking through Regents park to relax, Rezia stands near the fountain reminiscing on the past and wishing that her husband, Septimius wasn’t ill. 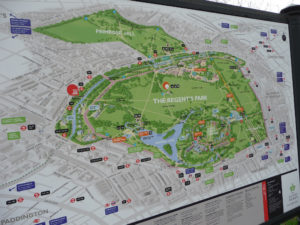 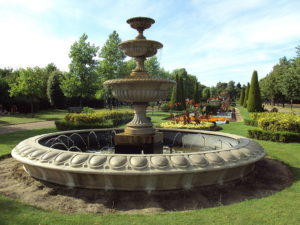 Fountain, Regents Park London. Regents park is one of the largest parks in London. This fountain is where Septimius and his wife spent most of their time when they were outside.

← Terrified
Branches →
Need help with the Commons? Visit our
help page Send us a message
Skip to toolbar